Empty stomachs speak languages only the heart can hear, the cries of starvation have now turned soundless, voices should be raised, and actions should be taken before this becomes too severe.

The idea that some lives matter less is the root of all that is wrong with the world. Hunger has been chasing us for time immemorable. In 1943, about 1.5 million people had starved to death in Bengal due to a famine, a tragedy of unprecedented magnitude. Periods of famines in India have also been the times of high food prices and agricultural unemployment. Even though our country is no longer exposed to real famines due to development in the agricultural sector, still thousands of people starve even when the country’s granaries are overflowing.

It may be difficult to believe that our own country is home to a quarter of the world’s undernourished people, which is about 194.6 million people.

Speeches have been given, funds have been sanctioned, treasuries have been filled, however, hunger still thrives. Even though India had accepted the First Millennium development goals of the United Nations Organization in the year 2000, which clearly stated the target of halving hunger by 2015, not much progress can be observed in India till this date.

For most of us, making common lifestyle sacrifices such as cutting down on unnecessary calories is now an important part of living a healthy life. We never consciously understand the fact that lack of access to proper nutrition is not only fueling obesity but is also leading to food insecurity and hunger among several others.

Food insecurity is an issue that is subconsciously understood but consciously ignored. Food security only emerges when all people at all times have physical and economic access to sufficient, safe and nutritious food to meet their dietary needs and food preferences for an active and healthy life. Food insecurity no longer remains to be an issue of charity but has now turned out to become an issue of justice. 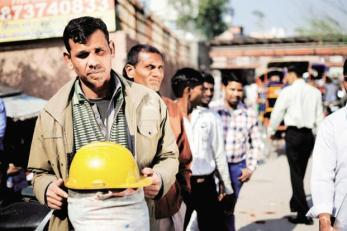 In rural areas, food insecurity is mainly prevalent due to lack of improvement in agricultural productivity owing to inadequate resources and agriculturally unstable markets. The three components involved in making any scheme or a plan a success are adequate planning, proper execution, and means of spreading awareness. But instead of learning from our mistakes, we have continued to commit the same mistakes again and again.For example, the Government decreased the expenditure for rural development in the country’s Net National Product (NNP) in 2004-05  from 3.8% to 2.3%. This adversely affected the availability and expansion of irrigation facilities, improvement in agricultural technology and overall foodgrain output. Lack of education and job opportunities in rural areas have further fueled the problems, which all integrate to form food insecurity.

The problem of food insecurity in urban areas that has been addressed on paper, but is yet to be acted upon is the large proportion of the informal workforce. This results in an unplanned growth of slums which lack basic health and hygiene facilities and suffer from increased food insecurity. Most of the insecure people in urban areas are from the informal sector where they receive their daily employment wages which tend to be variable on different dates. Due to the fluctuation in their daily wages during some days they are hardly able to consume two proper square meals.

The indicators of food insecurity in our country are the huge number of health problems these underprivileged citizens have to undergo. This can be observed from the table below:

This might sound unbelievable but our country is home to over one-third of the worlds stunted (chronically malnourished) children. 62 million children under the age of 5 in India are stunted. Progress can definitely be observed however India still lags behind many poorer countries. If progress continues at this rate, India will achieve the current stunting rate of Ghana only by 2030 and that of China by 2055.

Anaemia (the deficiency of red blood cells or hemoglobin in the blood) affects about 59% of children in our country. It has also remained the top cause of disability in India for 10 years now. Anaemia can considerably reduce the work capacity of individuals and entire populations, and bring serious economic consequences and obstacles to national development. It also caused 20% of maternal deaths in India and was the associate cause in 50% of all maternal deaths in 2014. The leading causes of anaemia in India again come down to poverty and poor sanitation. 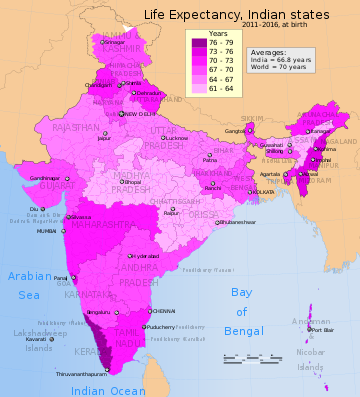 Every year the government assigns a certain amount of buffer stocks of grains in order to meet any emergencies like droughts, famines, failures of crop, etc., as well as to enable open market intervention in case of price rise. However, due to poor upkeep, the food that was supposed to be utilized in Public Distribution System (PDS) for rationing and to tide over emergencies, normally rots or is either eaten away by rats.  The Food Corporation of India (FCI) has allowed 46,658 tonnes of food grains to rot in its 1,889 warehouses across the country between 2014-2016, while another 143.74 tonnes of grains were reported to be stolen. Together, this could have fed nearly 8 lakh people from priority families under the National Food Security Act for an entire year. Another big issue related to Buffer Stocks and the PDS is the Minimum Support Price (MSP). 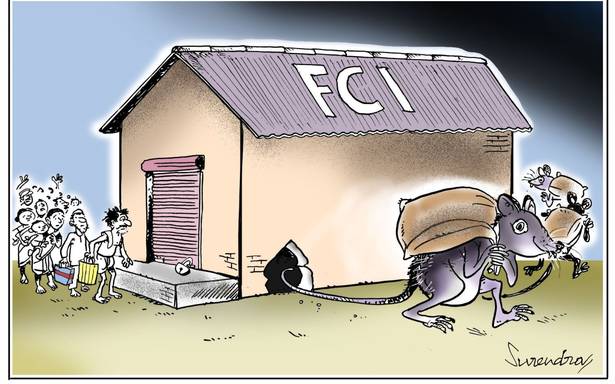 Minimum support price was initially started as a safety net for farmers through a guarantee that if their produce is left unsold in the market, it will be bought by the government. However, this practice to incentivize farmers has now backfired as it has led to persistent inflation. The government spends an average of  9,700 crores on midday meals, but instead of providing nutrition these meals have turned into a weapon due to which every year hundreds of innocent children fall ill. As identification of poor by the states is not foolproof, many poor people are left out of the of the BPL (Below Poverty Line) Ration Card holders list and many others make fake cards in order to procure grains at subsidized rates. Not just this, many a time the food grains under this scheme are sold in open markets to gain more profits.

To achieve complete food security and to ensure proper nutrition for every citizen in our country, funds have to be utilized properly. All the taxes paid by a common man are not being used to its fullest. There is a need for issues to be prioritized where assets and liabilities of each decision should be mapped out. Our government has definitely taken some good decisions as well, such as the National Food Security Mission, Rashtriya Krishi Vikas Yojana (RKVY), the Integrated Schemes on Oilseeds, Pulses, Palm oil and Maize (ISOPOM), Pradhan Mantri Fasal Bima Yojana, and the e-marketplace. The state of Maharashtra’s Nutrition Mission – a public declaration of intent to reduce malnutrition – also has led to a rapid decline in stunting rates. However what matters is the proper implementation and execution of these schemes. In the end, it is all down to us citizens, because every human being strives for significance, but people always make mistakes if they do not recognize that their significance lies in their contribution to the lives of others. If we join our hands to help someone starving we can save 7000 of our brothers and sisters every day.

Thank you for reading 🙂

Please do share your views in the comments section below.

An enthusiastic student who loves to delve in politics.An avid news reader who loves to voice the concern of an ordinary Indian citizen. View all posts by Sanchi

24 thoughts on “The End of Plenty – Chasing Hunger In India”